The federal electoral district of Etobicoke-Lakeshore has a population of 129,081, with boundaries as outlined below, courtesy of Elections Canada. 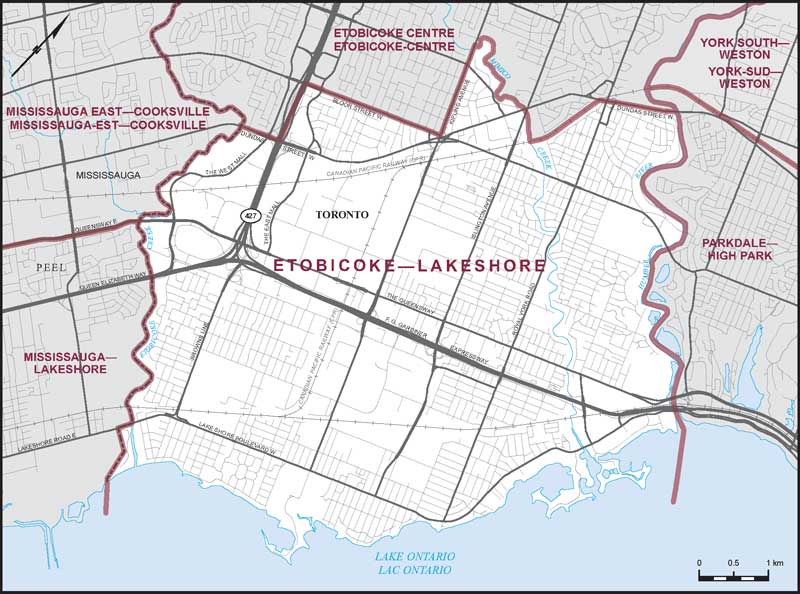