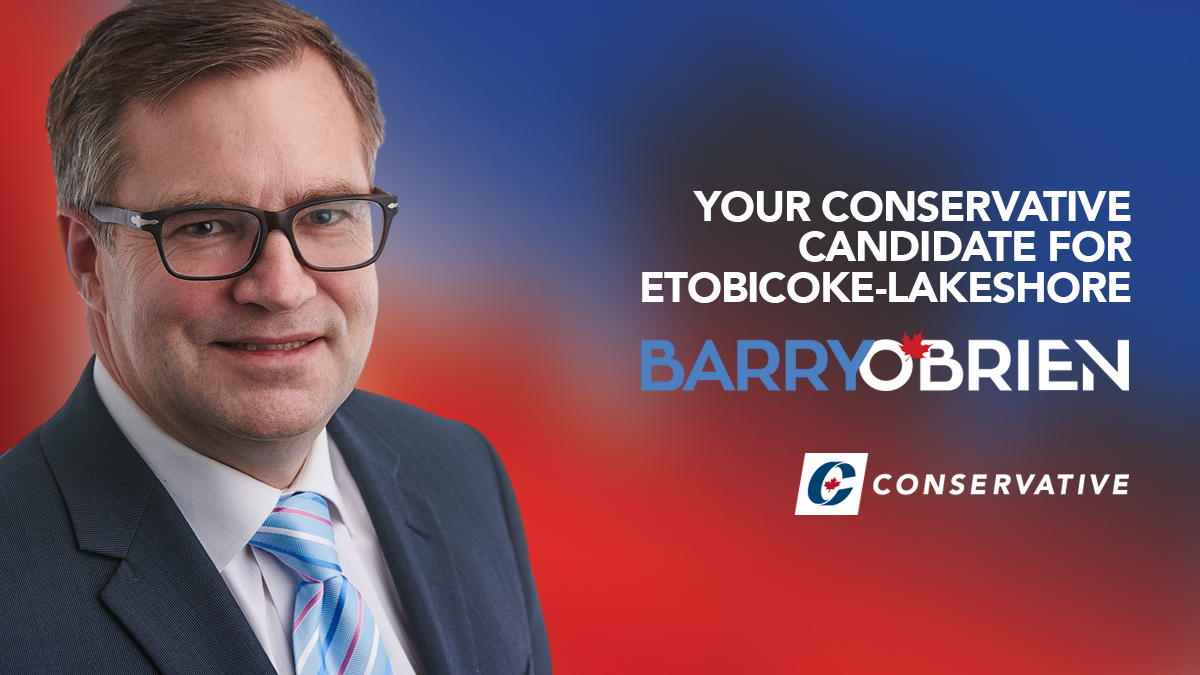 Already supporters have moved into election mode signing up to volunteer, adding their names to lists for lawn-signs, and making much needed donations for pamphlets that will soon flood across the area.   Don’t hesitate to join us by adding your name to our list of supporters and help out as the campaign swings into high gear, Khrystyna added .

“The door-to-door canvassing has already begun,” candidate O’Brien said, “and residents are telling me they can hardly wait to return to a conservative government to Ottawa.”

For more information on the campaign don’t hesitate to visit us at:  Twitter at: @EtobLakecpc & on Facebook: @etoblakecpc