An Evening with Pierre Poilievre - Fundraiser for Indira Bains Campaign

Sponsored by the Etobicoke-Lakeshore Conservative Association

Join MP Pierre Poilievre for a discussion of Canadian politics.  Participants will be able to ask MP Poilievre questions.
The event is a fundraiser in support of the federal election campaign of Indira Bains to become the MP for Etobicoke-Lakeshore. 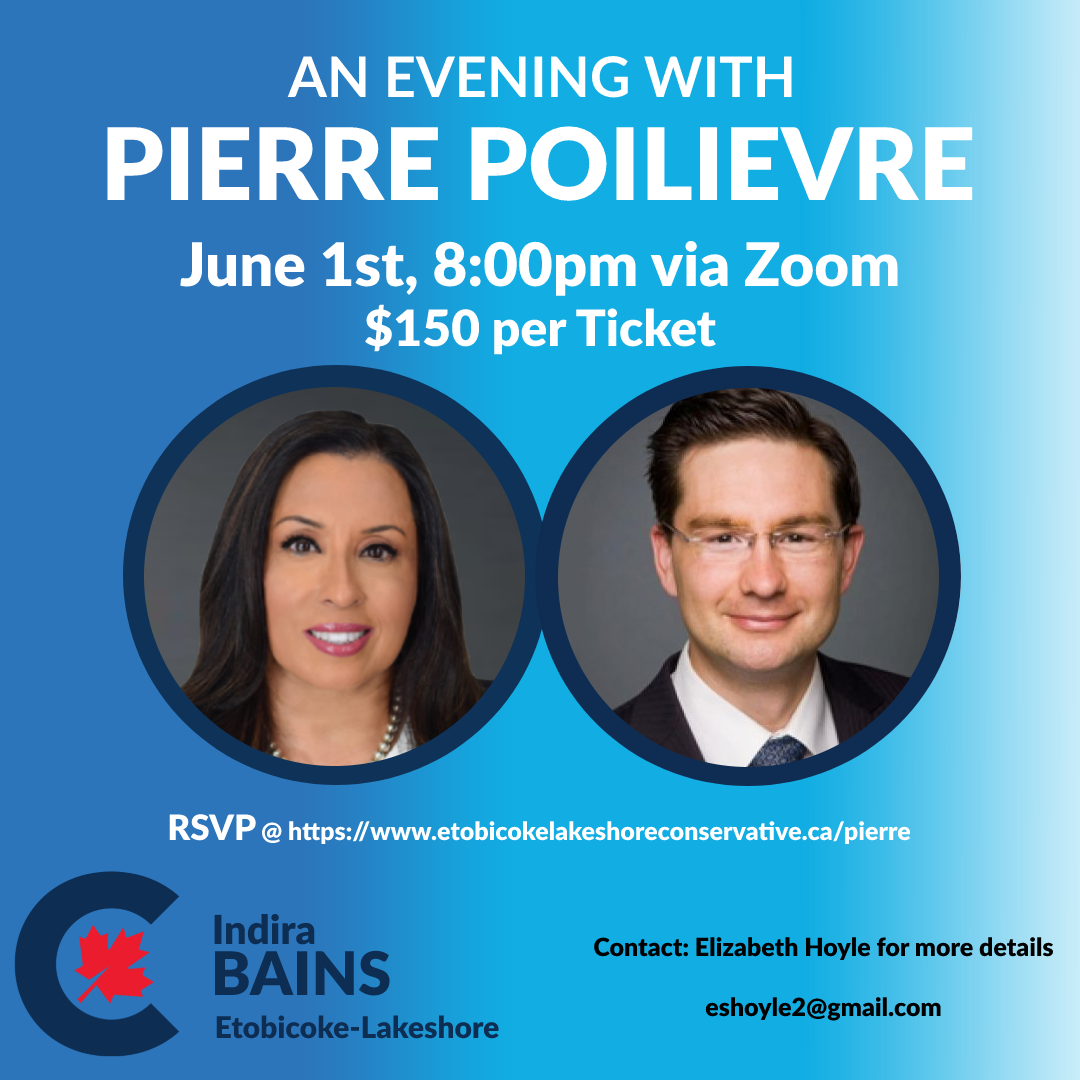 Pierre Poilievre is a former Minister, a six-term Member of Parliament and the Conservative Shadow Minister for Jobs and Industry. He champions the free market in which everyone gets ahead on merit, not government handouts, and people take ownership of and responsibility for their own destinies.

Poilievre led the fight against crippling Liberal tax hikes on small businesses in the fall of 2017. This tax revolt forced the government to set aside some of its most damaging proposals. He is also fighting out-of-control deficit spending and tax increases. More recently, he has demanded the government reveal the true cost to families and businesses of its proposed carbon taxes.

Poilievre also champions jobs for people with disabilities, introducing a bill that would allow workers on disability assistance to keep more in wages than they lose to clawbacks and taxes.

Poilievre lives in Eastern Ontario Village of Greely with his wife, Anaida, and their one-year-old daughter Valentina.

The videoconference link will be forwarded to you about a day in advance of the meeting.